It appears we have bats inside the house below the roof – but where do they get in? Bats also emit heat, so one day I came up with the idea to use an infrared (IR) camera to record their trajectories, so maybe we can find out from those trajectories where they enter the house…

How does it work 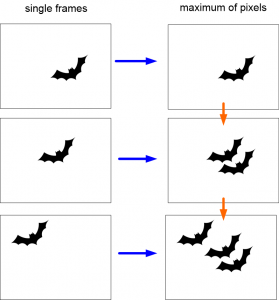 The code uses OpenCV, takes pictures (640 x 480 @ 30 Hz)  and to record the trajectories it computes the pixel maxima of all frames within a certain time span (e.g. 5 minutes):

The recordings of the first night already show some bat trajectories (nice!) – As next, I’ll try to find a better place for the camera (try out different places)… 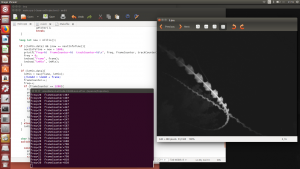 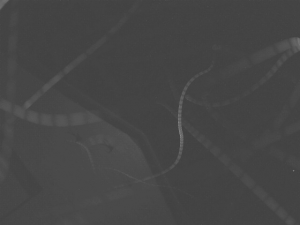 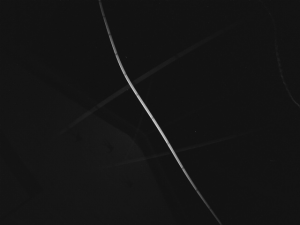 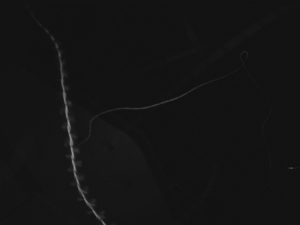 Another (however more expensive) idea would be to use an commercial heat sensing camera – here’s an 12 minutes example recording I found for such a camera: 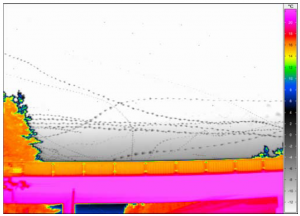