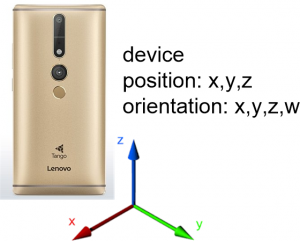 Can we use a Google Tango phone as an add-on for DIY robotics? This blog article describes how a Google Tango phone can be used for cm-precise position estimation and how it works (btw, Google has done the hard work for you already, this article will only try to explain the magic behind it). Finally, examples of an autonomous robotic mower,  a quadrotor, a wheelchair and an ISS explorer are shown.

What’s inside a Tango phone 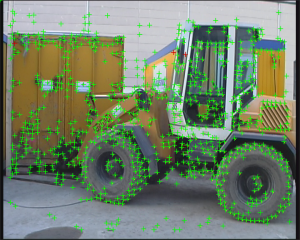 Step 2: Each 3D point in the 3D world (or 3D model) is a projection onto the 2D camera plane, and so are the feature points 3D-to-2D projections of the real 3D world points, too. 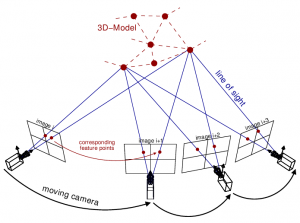 Because a single camera cannot estimate the 3D scale (cameras measure rotation only), we need another sensor to measure the missing camera scale: an IMU. By the help of an acceleration sensor and a gyro, we can compute scale and so fuse both camera and IMU measurements.

Important: The time stamps of camera and IMU must be time-synchronized (millisecond precise), so we can correctly match IMU and camera measurements.

Why fish-eye camera? The more feature points found in following images, the less the error. A fish-eye camera gives us more overlapping of the images.

Why global-shutter? A global shutter camera exposes all pixels at once – the cheaper cameras on the market use rolling shutter, and this will make it difficult to do correct camera triangulation.

During the estimation of each camera position we will make a small error (computations and sensors are not 100% precise) from image-to-image, and this will make the position to drift over time. However, if we save the feature points and the corresponding camera position (x,y,z) in a database, we can use it to recognize an already visited camera position and so correct the drift. This learning process is called ‘Area learning’ in Tango (and the database ‘Area Description File’).

How precise is this system? I made a test and measured the maximum drift (worst-case position correction) of the system in an 20x30m area (on our lawn) – result: 0.38 m. The average error is much smaller though (1-2 cm). 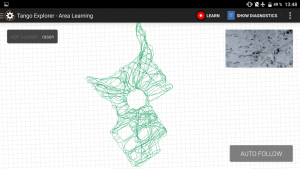 The 3D camera measures the depth of all camera points. Now, let’s add a touch-screen to the system. Why do we need a 3D camera at all?

Each time a user touches on the screen, we know the 2D position on the screen – The motion tracking gives us the current camera position and orientation. To get the 3D point in the world where the user touched the screen, we also need the depth-sensor. We will use these 3D points to define a perimeter (working area) for a robot mower.

Area learning example: each time a position is recognized, the position is corrected (drift-corrected). The green perimeter (polyline) was defined using touchscreen before. During motion tracking, the perimeter is projected into the camera image.

This example shows how Tango position estimation can be used to control a robot mower. 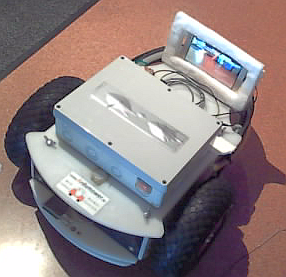 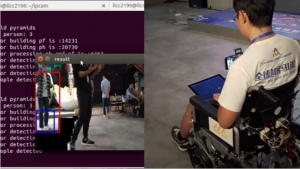 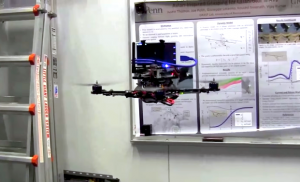 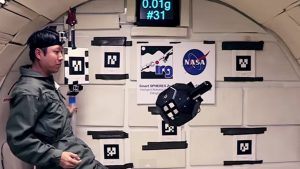 Start your own Tango project

You will see that building your first Google Tango app is not difficult at all. To get started, the best option is to try ready examples. It’s highly recommended to download the Google Tango SDK examples and try them out: https://developers.google.com/tango/

Can I just use a Tango enabled phone to develop something externally on my computer/Arduino/Raspberry? Of course, you can – there’s an App that allows you to broadcast Tango’s position data to your PC, Mac, Arduino/ESP8266, Raspberry:

Something wrong above or not clear enough? If so, please let me know.